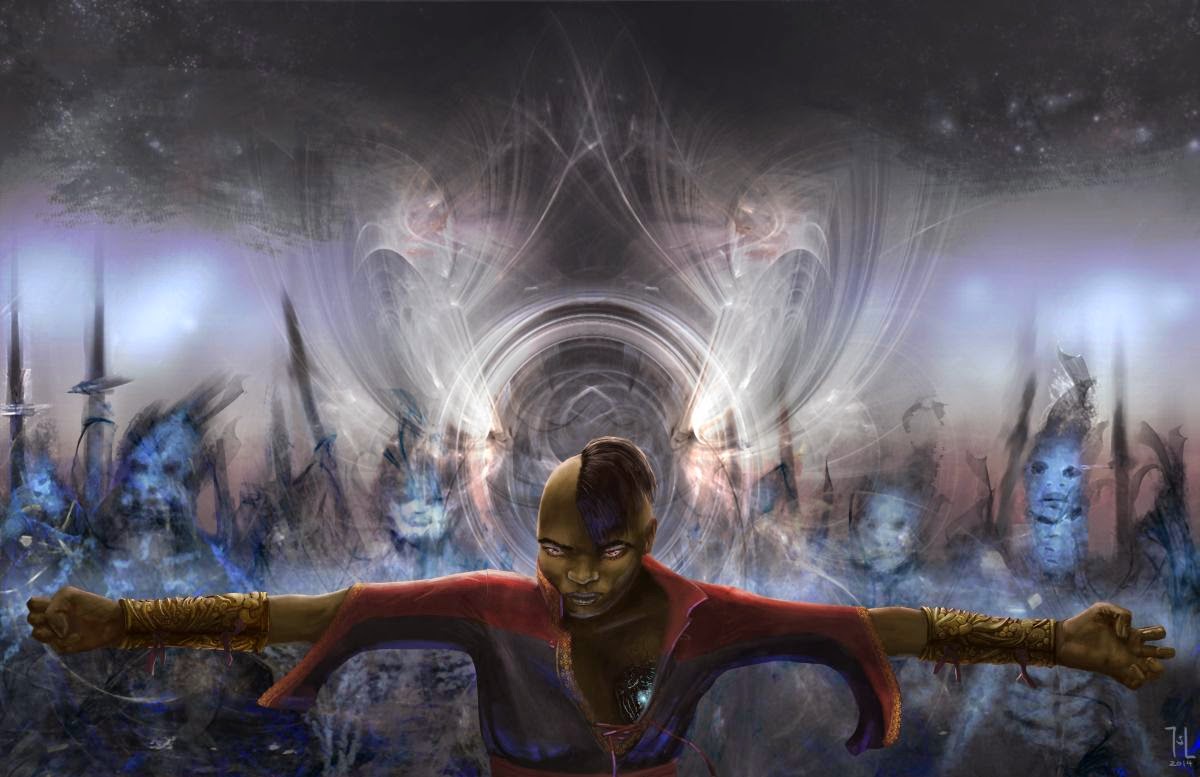 Artists' notes
Darkhearts put a firmly black spot on Genius Loci's bright and hopeful map. But I like the poor fellows somehow; and there aren't as many as the article may make it sound, mind you: only three per generation, in the entire world. Except that they will be known throughout it if they fully bloom.
Posted by Ranarh at 09:38