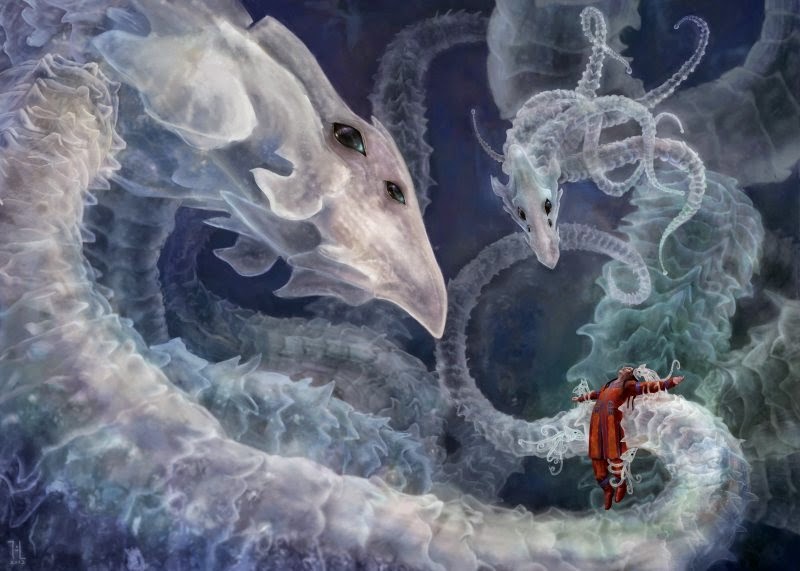 
Artists' notes
Radseri first appeared in a quote for a nature spirits concept where he said they made him become a mage, and he later received his own painting. I was long undecided if he was an elf or a human, but finally settled on elf because they are attuned to nature and spirits anyway.
Posted by Ranarh at 05:05