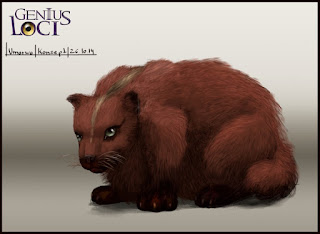 
Artists' notes
Another animal lord, or rather, lady. Umarvas are another strange addition to the voices, who harbour so many secrets - from what makes the world go round to why only left socks ever go missing. I also enjoy quiet animals in games that you meet in the wild and for a change do not want to eat you.
Posted by Ranarh at 10:24