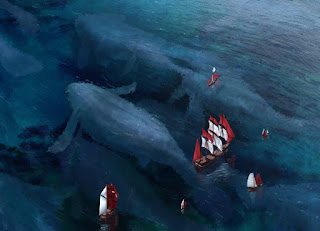 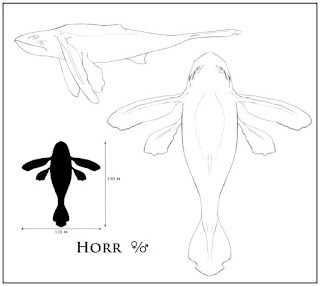 
Artists' notes
Whales have always held great fascination for me, and never cease to amaze me with their intelligence and integrity. Horr are my chance of mystery on top of it. Because they're so difficult to travel and opportunities so different, many fantasy worlds leave out great parts of the sea, but I intend to give Genius Loci a lot of ocean adventures as well.
Posted by Ranarh at 02:48