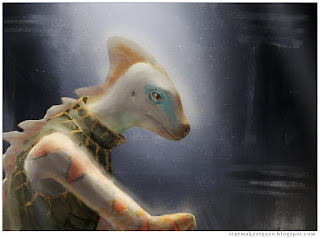 
Artists' notes
I have quoted a stressed Mainalhar before, threatening the Discordants, but that was a rare moment. That corner of Lozir is slowly forming into an interesting place.
Posted by Ranarh at 09:12