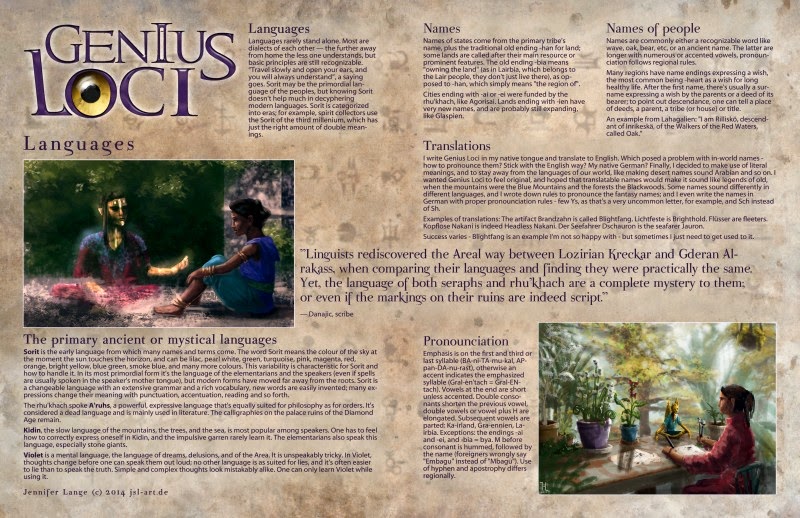 Artists' notes
I was long undecided about languages in Genius Loci. They're a knack of mine, but many languages make things confusing and adventures tedious. The lingua franca approach of many fantasy worlds was too simple, too, differing only by race. One language (more or less) that is splintered into many dialects, that can at times be barely comprehensible, seems a good compromise to me. I also spent some time writing down pronounciation.
The picture belongs to Issue #4 of Worldscapes magazine.
Posted by Ranarh at 07:58