The Fifth Power and Places of Power 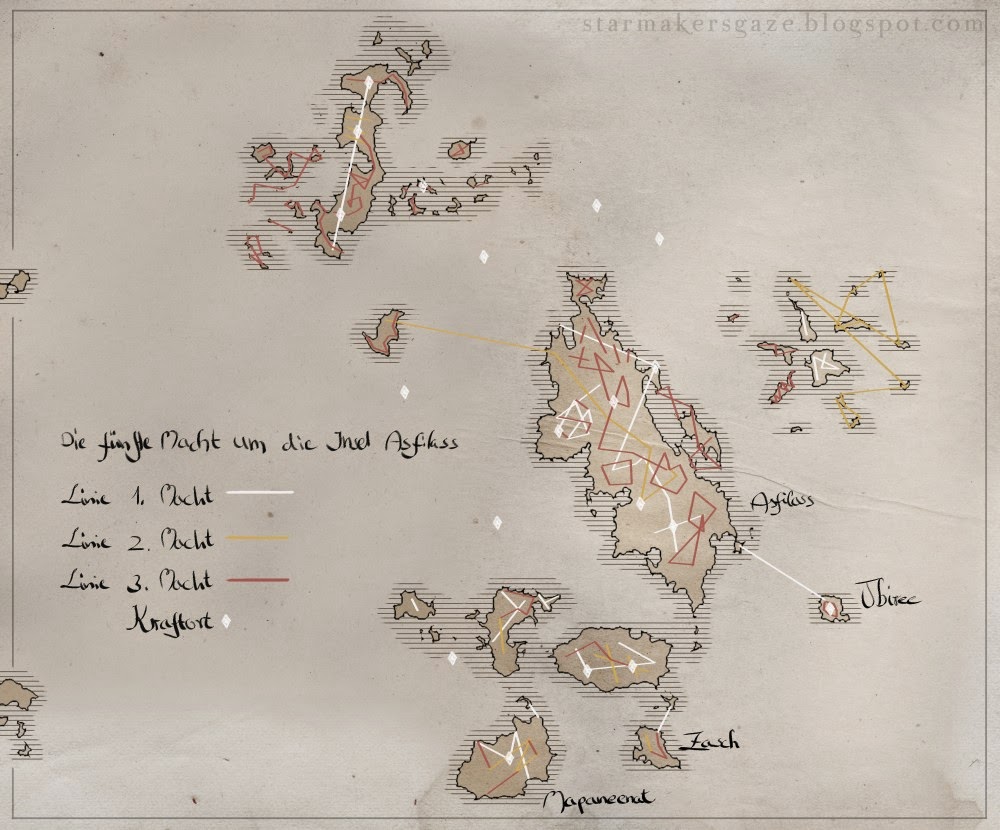 The Fifth Power is the energy used to cast spells. A speaker uses her body as a conduit for outside energy, lets it flow through her, forms it with her will, and releases the spell. The Fifth Power will slowly flow back in; this process can be hastened by drawing the right signs onto tongue or throat, or by swallowing substances like clams or potions. Some artifacts can also provide the Fifth Power. Speakers say the flowback feels like a numb limb waking, but in the entire body.
The Fifth Power fluctuates in strength - with the exception that there are no natural powerless zones - but more importantly, it is strongly aspected. Aspects can favour or punish any kind of spell; spells cast on windy days, spellcasters wearing blue, spells that last longer than a day, spells that are cast by raganaj, healing spells, memory spells, or anything else.


"Like this, it can only go wrong. I need three totems, a pound of Fifth clams, a collector's handbook, and someone to dampen the aspects in the forest. Maybe, just maybe, it can still be stopped."
— Vanagram, mage

Places and lines of power are a changeable network of more saturated zones that allow casting without the danger of cataclysmic failure, and are sought out by artifact makers and researchers. Casting along lines of power allows for much greater distances - in case of wizards, sometimes across the continent. Places of power are nearly always marked by standing stones, guarded by either mage or wizard and often safeguarding dangerous artifacts.


"When the new markmaker started, she confused the placeholders and the entire inner building was aspected to favour emotional spells, which kicked all twelve gold fairies right out of the libraries. They threw a tantrum, of course - we were all bandaged for a week."
— Trenorwyl, engineer

Artists' notes
My fiancé invented the name of the Fifth Power - half as a joke - which suited me just fine, as Kitas is governed by the mystical numbers four and five; and between the four elemental energies, plus the spirit as the fifth element, having the will-managed magical power called a fourth or fifth something was great. It remains to be difficult to manage this crucial and complex part of my world - how does each tradition profit from the Fifth Power's strength?
Posted by Ranarh at 02:51

Email ThisBlogThis!Share to TwitterShare to FacebookShare to Pinterest
Labels: magic