Awlies are a kind of livestock that's popular worldwide. They are large herbivores that never really stop growing but usually are slaughtered by reaching the human knee. Awlies have grey forelegs, chest, and head, a red spot on the forehead and red ear insides. They are easily satisfied and lay about ten small round eggs a day, their soft fur is made into clothing, and the meat is good for eating, although it quickly takes on a sweetly taste. The skin is made into leather or parchment. 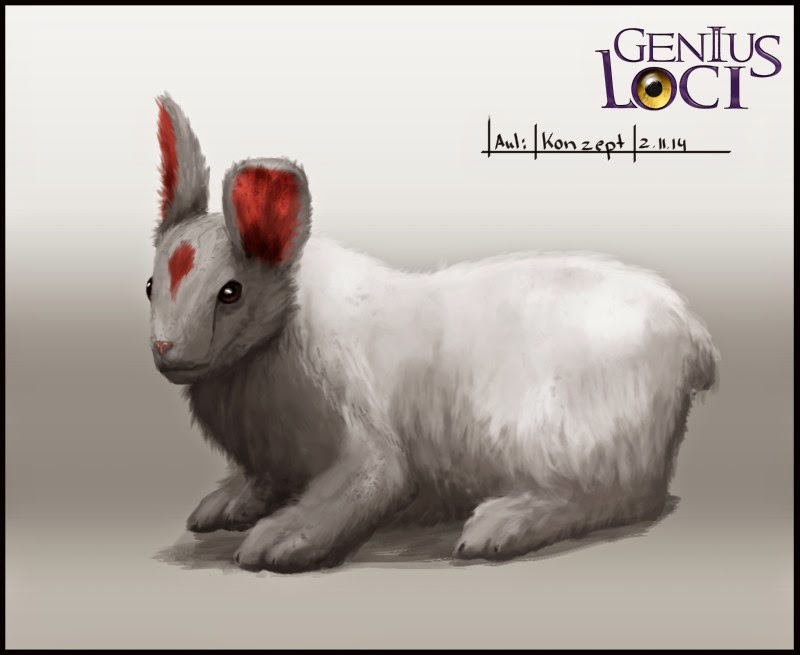 Young children love the quiet awlies who happily let them play among them and don't mind them cuddling in the soft fur. Unlike with many other pets, bug fairies don't mind awlies going to the block too much.


"After my second marriage, we became vegetarians, which was good for the children because the awlies would live, and better for the awlies themselves because they grew to my shoulder. Then one night, they broke out of the pen and vanished into the forest. My son swears he still sees them wander by our well."
— Nevenur, farmer

Artists' notes
There is an entire Genius Loci bestiary by now. Animals are so important to fantasy settings - with so much wilderness, there must be wildlife, too, even if awlies better qualify as cattle. I wanted to have as few Earth animals as possible. I'm not entirely decided if there will be any creatures we know at all - for now, there are bears and dogs, but maybe I'll change that.
Posted by Ranarh at 11:19