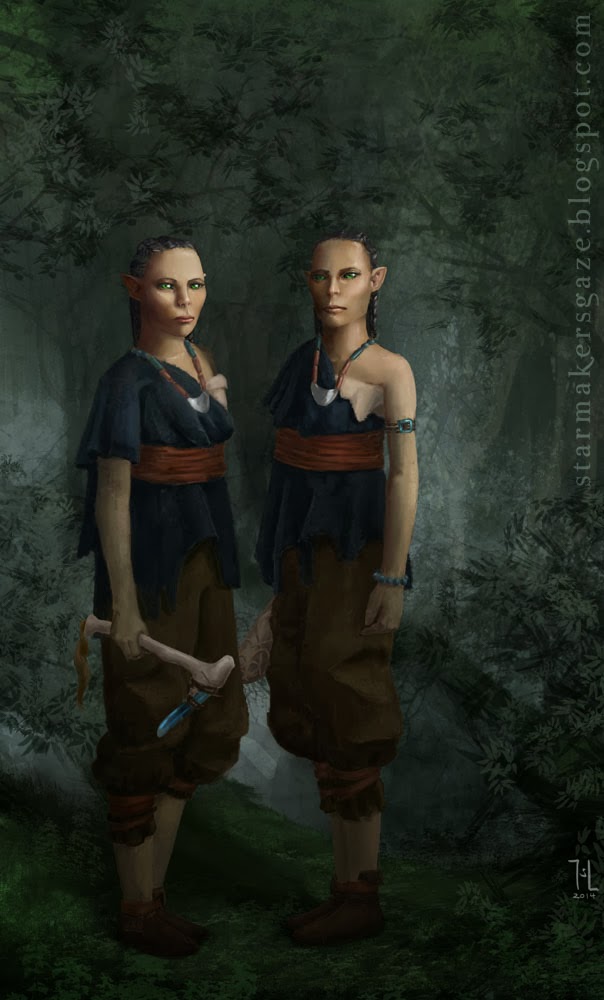 Artists' notes
I love elven twins. So scary. I also love the idea of animal princes, either of animal or human origin, since they add so much folklore mysticism to the world of Genius Loci. I usually invent things in groups, so there are several more animal kings to tell of.
Posted by Ranarh at 07:10 0 comments