The kitaian calendar relies on multiples of four and five. A week has five days. Four weeks make a month (20 days). Twenty months form a year (400 days). One hundred years are a century; four hundred years a Great Circle, in which the Four come and go. Portions have own names, like a Lesser Quarter (5 months), or a Great Quarter (25 years).


"Sawrana has a theory that Great Quarters also have meaning, and is currently looking for an elven apprentice to live long enough to prove it, in case you're looking for a job."
— Malimai Gjadruun, to his friend 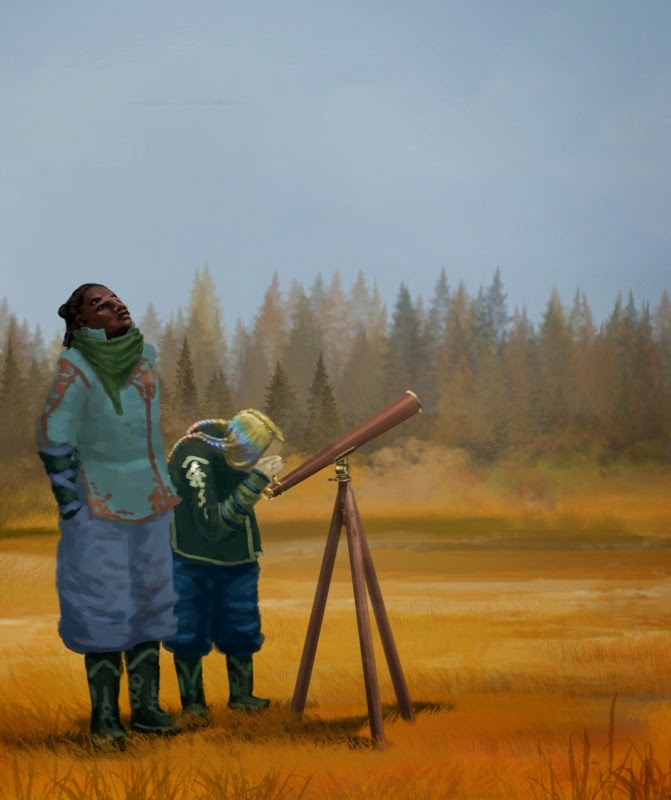 Artists' notes
I knew that simply keeping our Earth calendar would never do but didn't care about it until recently, and was surprised how nicely it all fitted together with multiples of four and five. There are no holidays yet - they will be largely regional and it makes more sense to invent them when it comes up. Although year's end and beginning are very likely spots, and there are some related to the moons.
Posted by Ranarh at 08:39 0 comments